How would you look for a charming city which has a middle school, allows you to live without using a car, preferably located close to the ocean or a train station?

We landed in Nort-sur-Erdre, which we didn’t know at the time but perfectly matched our criteria!

Everyday things are accessible in less than 10 minutes walking:

We still live without owning a car. The unexpected problem was to find a house in the city center in less than two months…

My wife is currently working as a teacher in a high school. She is new to this job and does not have a permanent position yet. As she isn’t sure to stay in the same high school next year, the administration asked for a list of whished school or cities for next year.

The process is not individualized, everyone can make up to thirty wishes of school or cities. Some algorithm then assigns people to places depending on points, computed from things like family location or years of services. It is not like if you could ask the inspector (nor Google) for “any small city close to the ocean.”

Let’s try to optimize our chances by mapping freely accessible data and actually list thirty cities meeting our features checklist! Here is the end result, click for the full map:

It lists small cities that we might be able to live in without having to use a car:

The zoomed out map names good candidates. Activities are displayed when zooming in, on top of an OpenStreetMap background, to get details about a specific city. 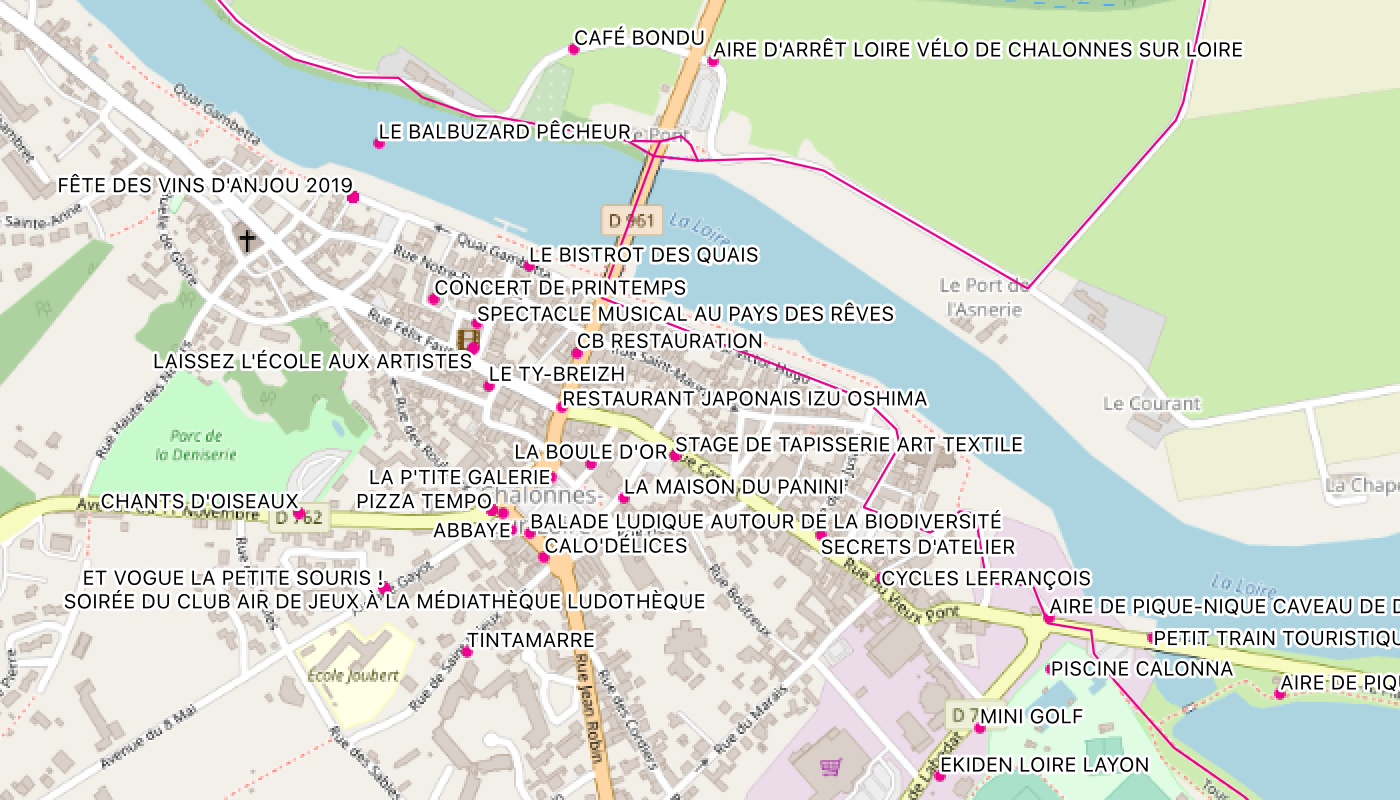 After creating a QGIS project, you will land on a blank window. Double click on the Layer Panel / XYZ Tiles / OpenStreetMap to set a map background. 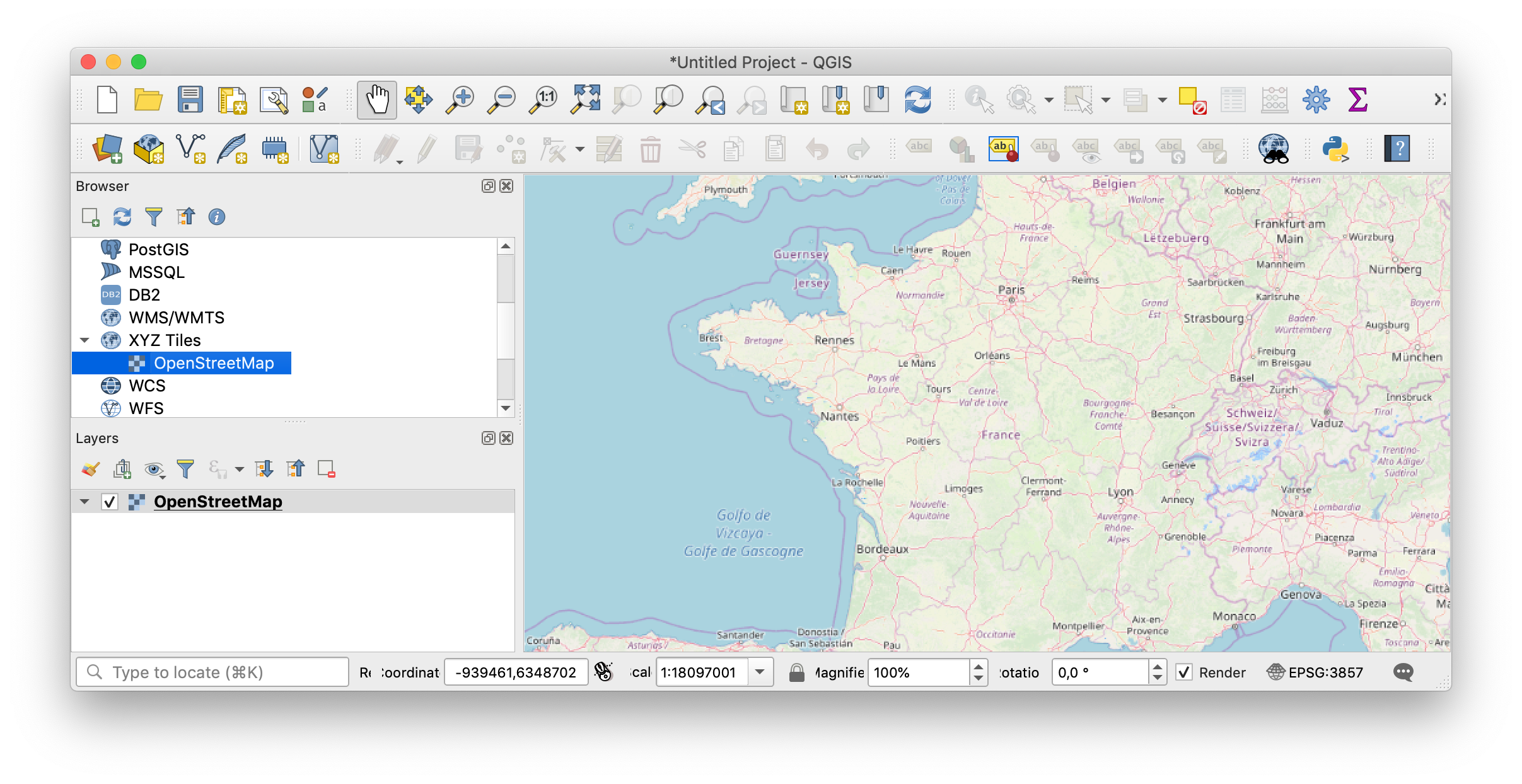 This will allow you to check if the imported data align properly on a reliable map. 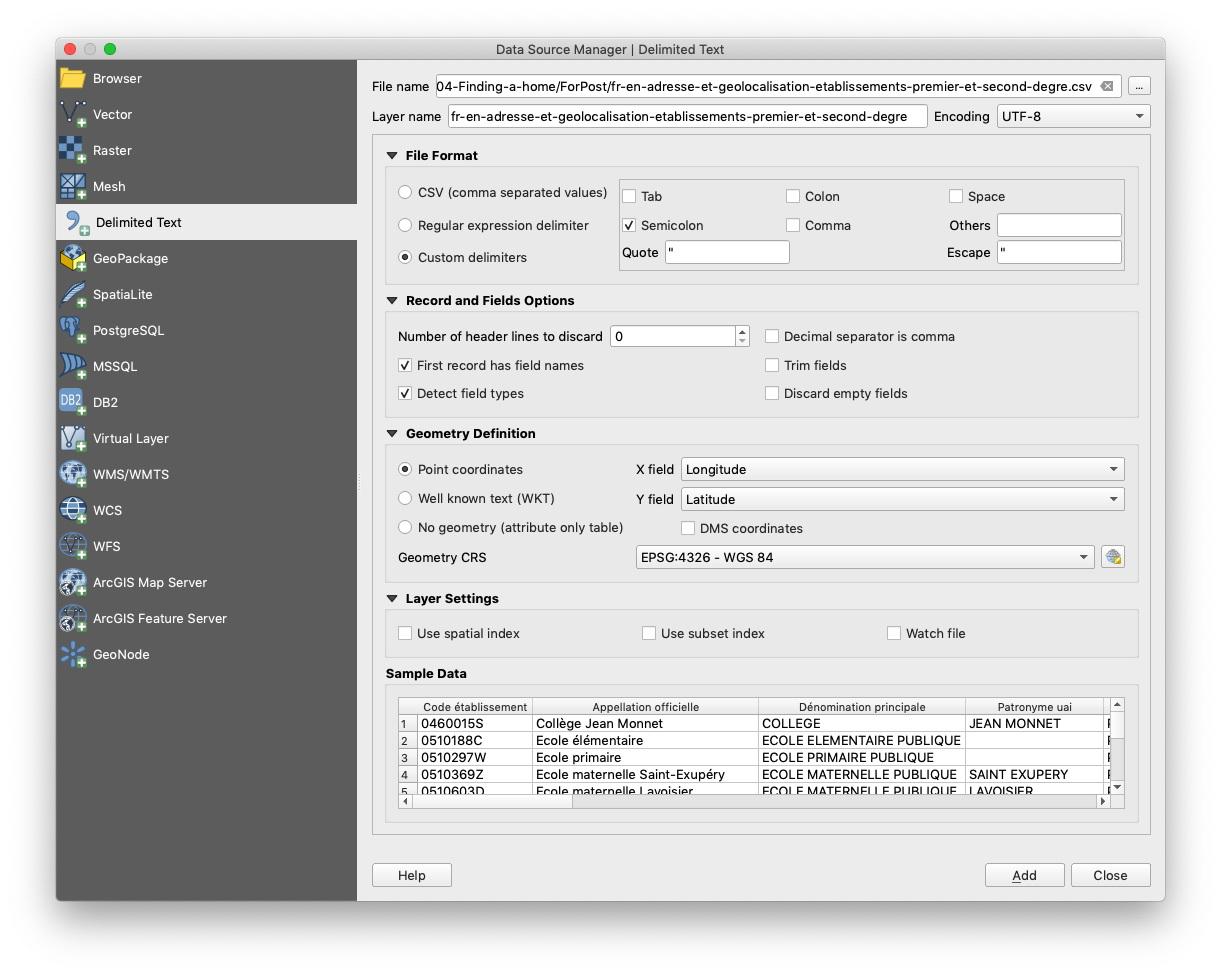 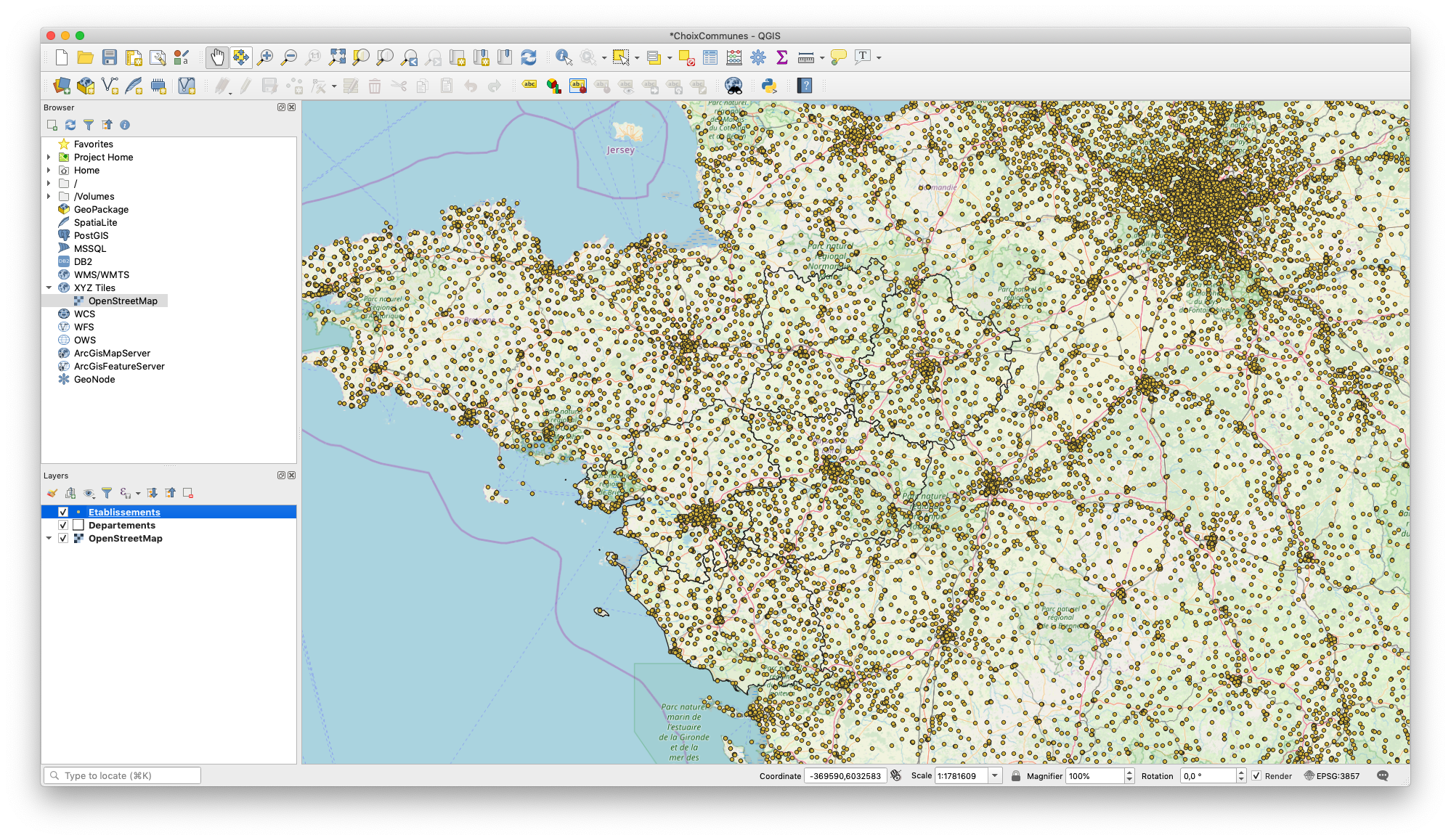 That’s quite of lot of places to choose from! To find out how to filter the data, explore the features by clicking on some points with the Identify Features tool. 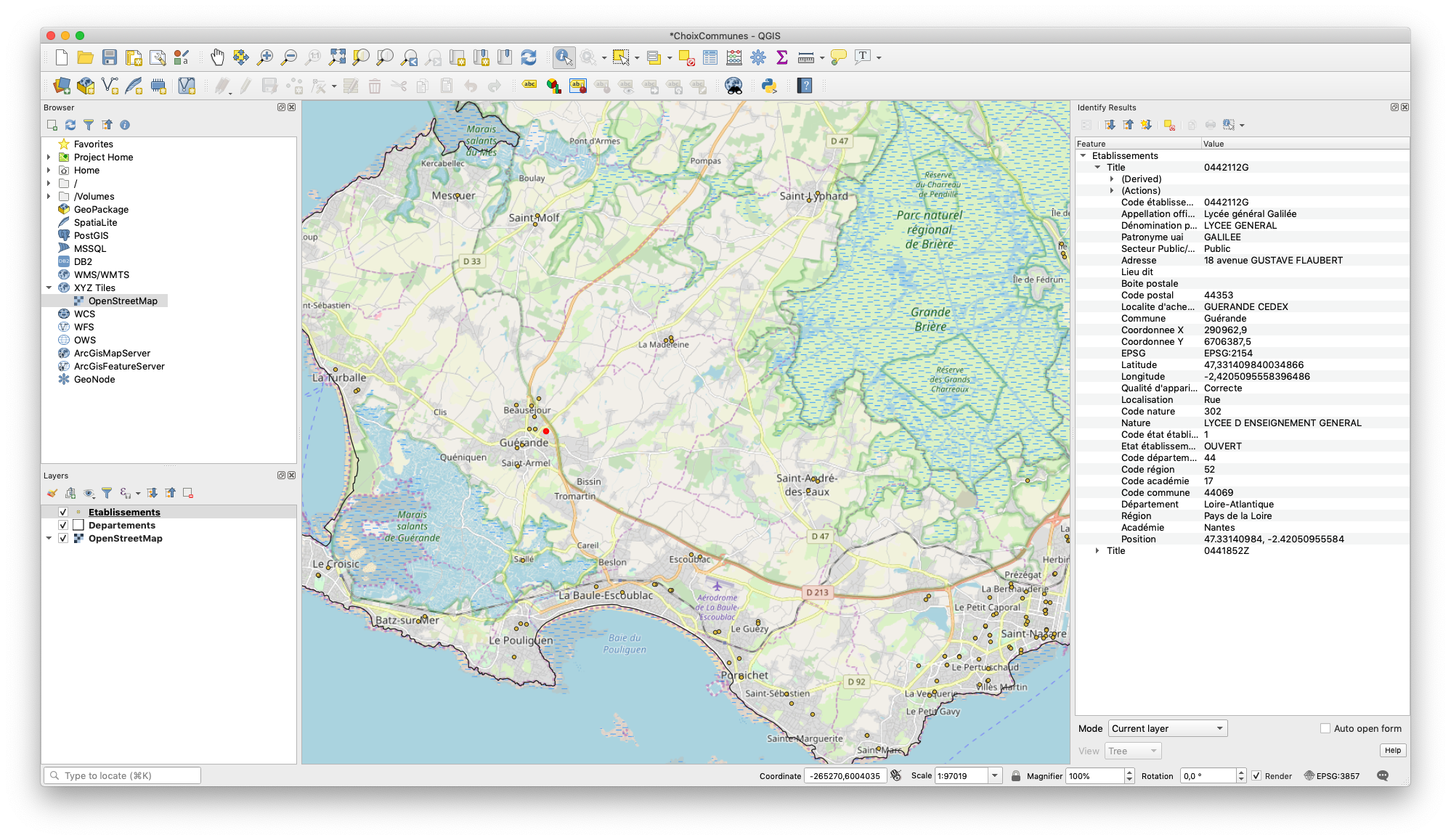 Those fields include (in French) the school level, region, public/private sector and city. Add a new virtual layer to select applicable schools and group them by the city: 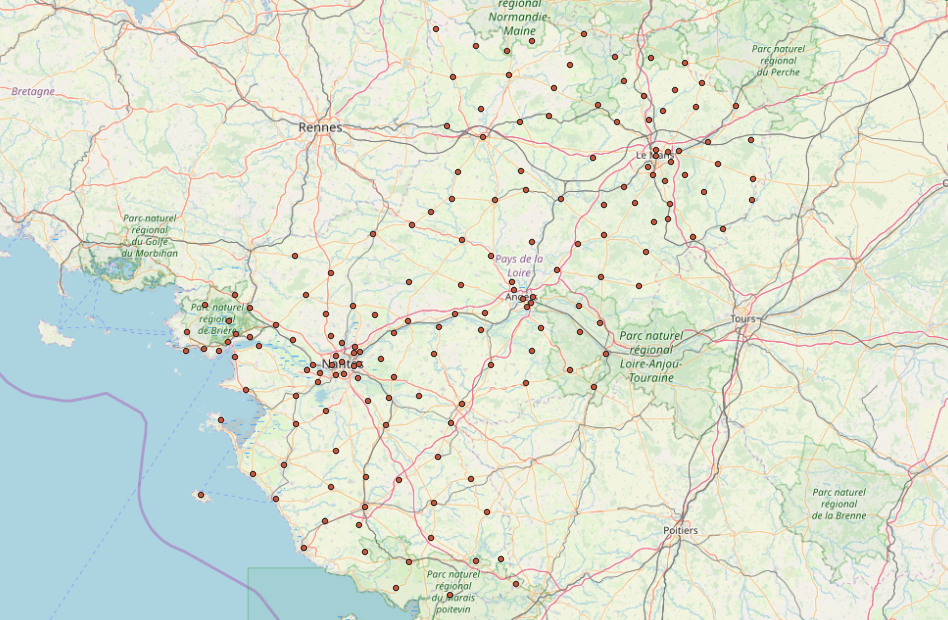 Joining with a population dataset

Now you have a layer showing a point for each applicable city. To filter out big and dense cities, you will join its data with some city population data: 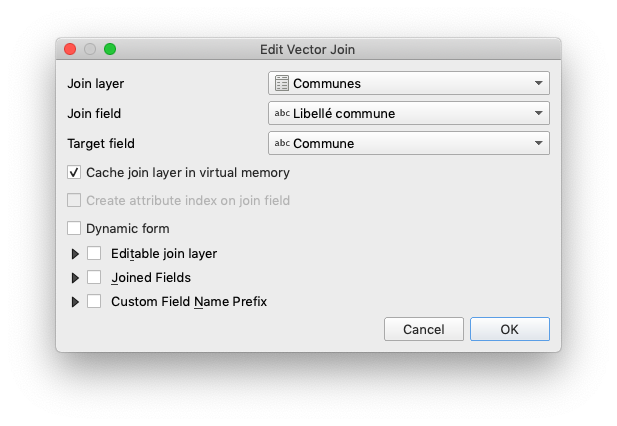 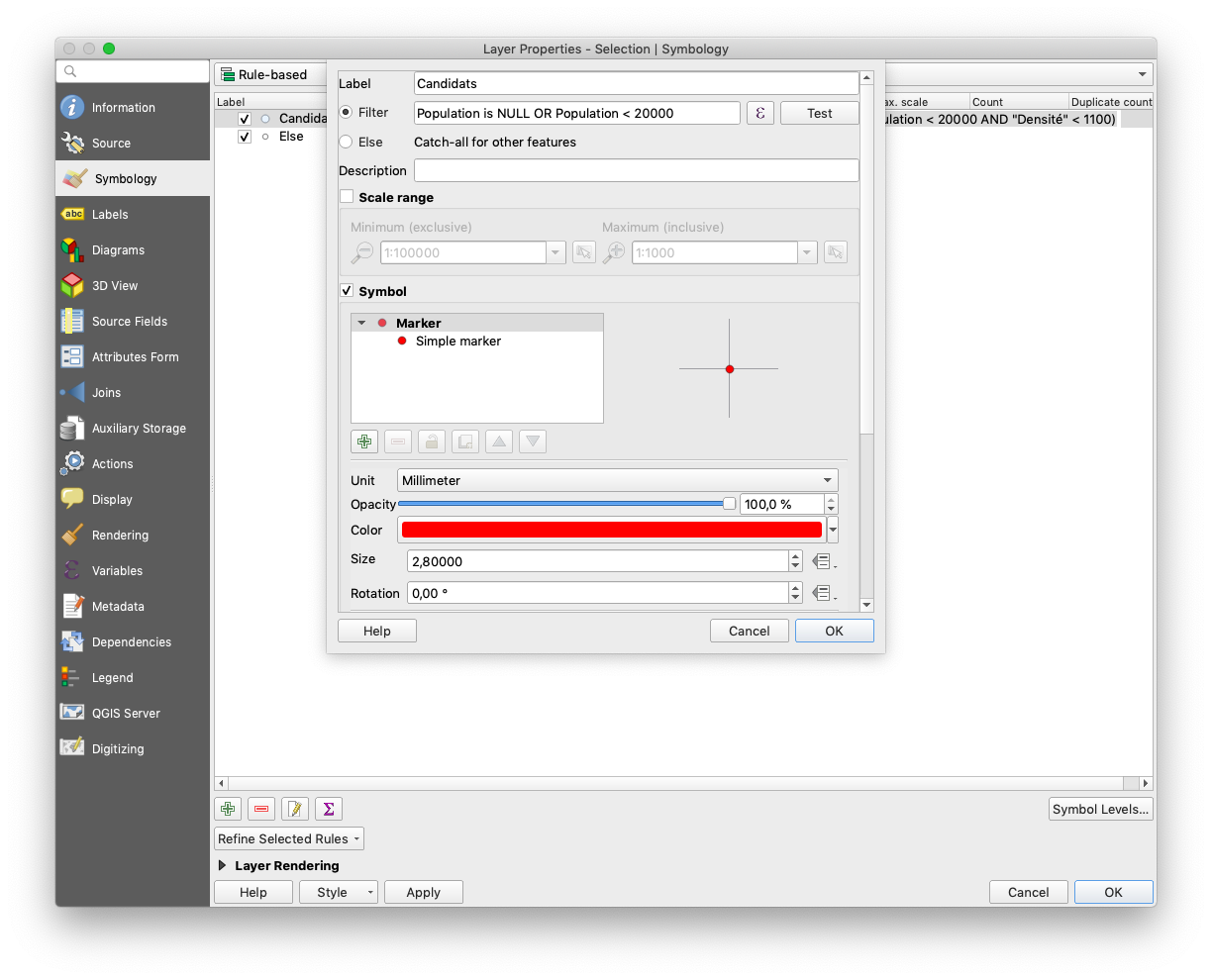 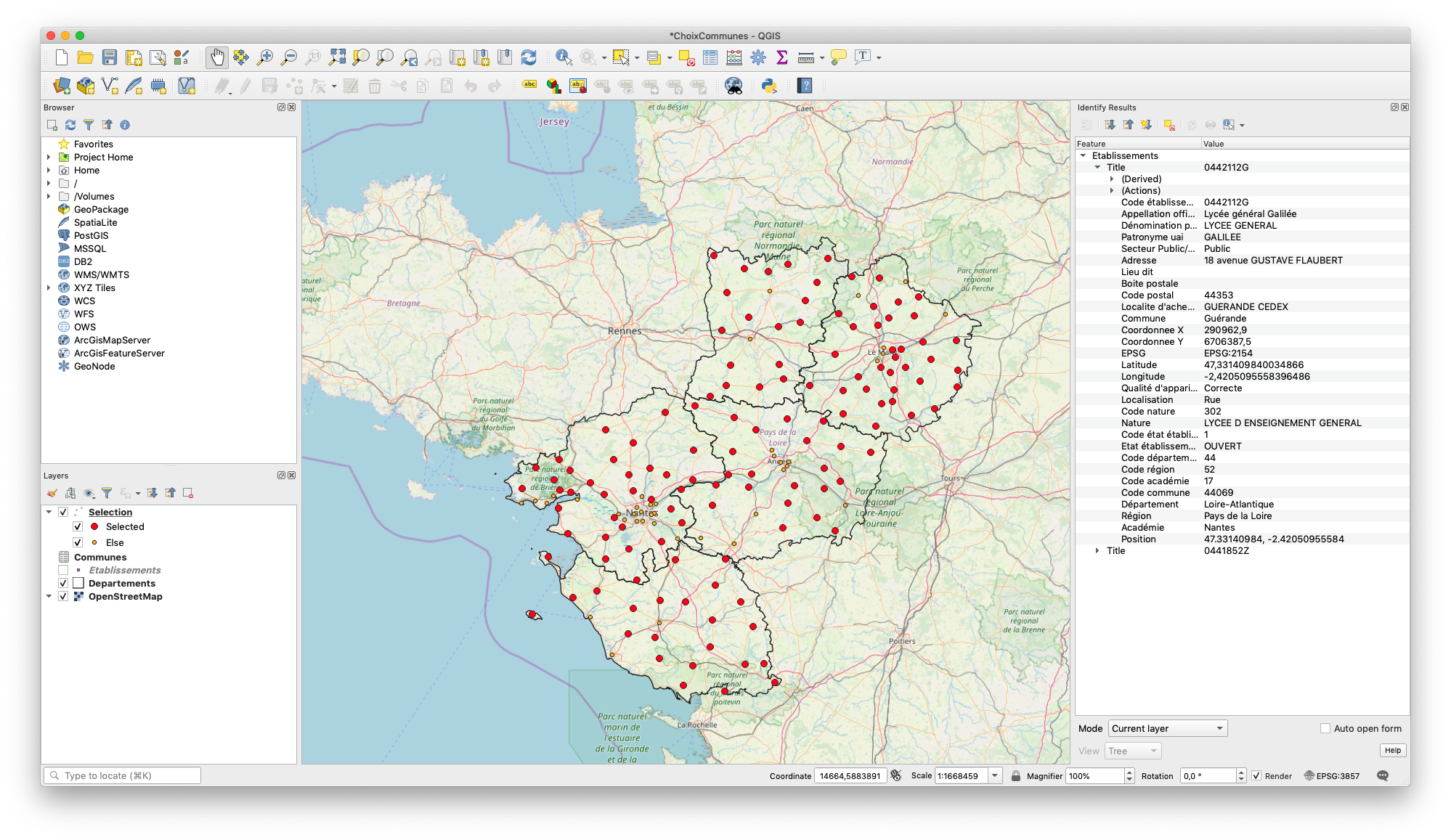 You just joined data from another dataset. When you need something which is not readily available, you can compute it. Here, you want to filter cities near the ocean or near train stations.

Use the Distance Matrix tool, which will match points from a dataset to the closest points of another one: 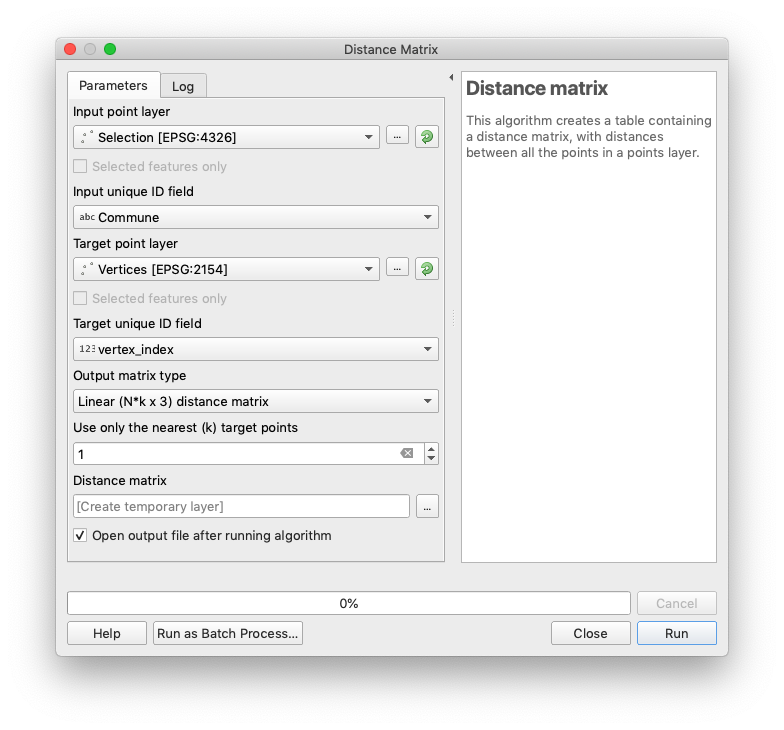 Repeat the same process with the train station locations,4 and join the whole as you like with the Communes layer.

I struggled to find hiking trails across the whole region from institutional sources, which was a good opportunity to import some data from OpenStreetMap:

Data about interesting places and activities

Other interesting data to add to the map: